Peter Bulut Sr., the man who saved Great Lakes Brewery back in 1990 when the co-founders struggled to keep the then Brampton based brewery afloat, always wanted to create his own spirits business. It was one dream he had that unfortunately he wasn’t able to accomplish before his passing in 2009.

That wasn’t lost on his son, Peter Bulut Jr., Owner and President of GLB today. Peter grew up listening to his father discuss his ideas for entering the spirits industry and today, with Peter Sr. watching over GLB from above, we can say that dream, that goal, is now a reality.

But before we spill the beans, a little more backstory.

In 2013, Peter Jr. visited some friends at a brewery in upstate Pennsylvania (Sly Fox Brewery) who had partnered with a distillery close by. The tour, and subsequent tasting, reignited those kitchen table talks and Peter started, in his spare time, looking into a still for the brewery. In 2015, Peter and a number of GLB staff visited our good pal Gary Lohin at his beautiful brewery (Central City Brewery) and we’re immediately envious of their distilling set-up. Peter and Gary had many great, helpful discussions, which, just like the trip to Sly Fox, kick-started the desire to get into producing our own spirits.

But, GLB was growing and a focus on the brewery and brewhouse came first. Many new tanks were ordered (made locally), two pilot systems were purchased and installed, a new canning line, new brands added – all this to say that, while still on his mind, the distilling part of the brewery was on the back-burner. Then COVID hit.

As news of the pandemic swept Ontario, and the world, GLB made the decision to bring back kegs of our beer from bars and restaurants right away. We didn’t wish to have our beer sitting in fridges and basements only to spoil. This resulted in hundreds and hundreds of kegs coming back to the brewery – we needed a plan to dispose of the beer and that resulted in a phone call to Muskoka Brewery.

Peter remembered that Muskoka had a still in their possession that was for sale a couple years back, so Peter picked up the phone and called Todd Lewin, President at Muskoka, who, in true craft beer fashion, told Peter to come get it and they’d work out payment details later. Peter and crew acted fast, had the still set up right away and began the process of dumping kegs into the still to produce hand sanitizer (Health Canada approved). Making the hand sanitizer helped Peter understand the still, fast. For weeks, Peter (true story), didn’t leave the still. He set up shop there, doing Zoom conference calls, holding staff meetings, etc. Staff didn’t see him in his office for at least three weeks… but he needed help.

This is where you meet Matt Bod and Great Lakes Spirits.

A very familiar face in the Ontario beer scene, Matt, who has a long history with GLB (he worked on our packaging line years ago), is a very respected brewer who managed Bar Hop’s beer program for many years. 4 weeks after the still was firing on all cylinders (sanitizer), Peter brought Matt in and thrust the still (not literally) at him. He joined the GLB family once again, but this time as a distiller.

Matt set out on recipe development right away. With the proper licensing acquired, Matt put those recipes through rigorous research and development protocols, conducted many taste tests and has created some memorable ready to drink beverages – Gin Soda and Vodka Soda. You can read more about this over here.

These all natural beverages, which will be going on the GLB online shop today for tomorrow delivery, feature real juice (fruit), use no artificial flavouring ingredients and are made with the same care and attention to detail as our beers are.

But, we’re not stopping there. Matt, Peter and GLB are working on Gin recipes as well, which will one day be packaged in large format bottles for retail and bars and restaurants. There will also be vodka and whisky in the future too, but baby-steps first.

Join us as we embark on a new chapter here at Great Lakes Brewery with Great Lakes Spirits!

CHECK OUT THE IN-DEPTH INTERVIEW WITH PETER AND MATT 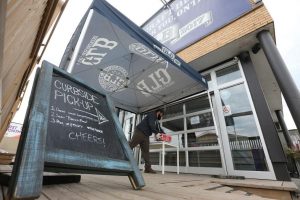 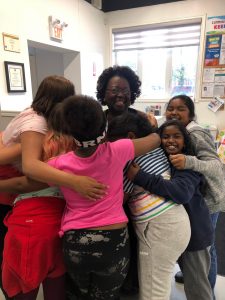 August 18, 2020
With the imminent release of EMPOWERED, a New England Pale Ale brewed with love and support for the...
Read More 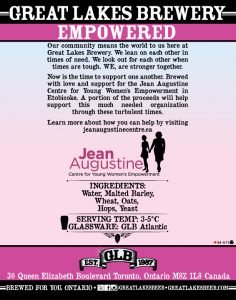 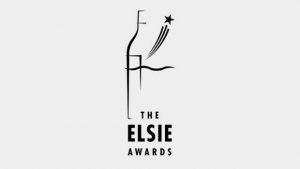