Taking part in Dry January? Looking for a delicious and satisfying beer substitute? For times when you want some hops in your life without the ABV, we have Hop Pop.

This sugar-free, alcohol-free, carb-free beverage is infused with aromatic hops you’d find in our beer plus and array of botanicals to give it a complex flavour that excites the taste-buds.

While we might not be the first brewery to have crafted a non-alcoholic beer-like beverage, we have definitely hit a new level of refreshment in the world of alcohol-free options.

We asked GLB Brewer & Distiller and creator of Hop Pop, Matt Bod, a few questions about how he makes this glorious beer-alternative and how he has designed it to be a leading contender in the non-alcoholic beverage market.

What inspired you to create Hop Pop?
“(Brewing Operations Manager) Mike Lackey and I had been talking about it for a while. It was something that we thought we could do well and would provide a non-alcoholic option for anyone coming to the tap room or the GLB Brewpub. Personally, I’m a huge fan of sparkling water and carbonation in general so there was a definite personal motivation there as well.”

Which hops do we infuse in Hop Pop?
“Citra, Cascade, and HBC 630. Citra and Cascade are just two classic American craft beer hops that you can find in a lot of our products and I thought it was important that the flavours be recognizable to people who regularly drink our beer. Additionally both of those throw pleasant aromas and flavours (tropical fruit, grapefruit) that I thought would help the define the refreshing qualities of the drink. I chose HBC 630 because it’s known for giving off an aroma similar to red fruit candy (think red jolly ranchers, cherry blasters etc) which I thought would complement the vanilla and boost the perceived sweetness.”

What flavourings/botanicals do we use and how does that effect the flavour?
“Fresh lemon zest adds a bright little pop of sunshine to help boost the hop aromatics, whereas a small amount of orange zest adds a bit of roundness and depth to the citrus to avoid veering into dish soap territory. Whole vanilla beans add body as well as a perceived sweetness that I think is crucial to making it feel like a refreshing treat as opposed to water that’s had grass clippings steeped in it.”

How long does it take to make Hop Pop?
“Depends on a few factors, but generally about four days. The process itself is pretty straightforward but like a lot of things there’s a ton of minor variables that are very easy to screw up if you’re not careful, and there’s not much to hide behind in the final product if you do make a mistake.”

Why you think Hop Pop could be a leader in the non-alcoholic beverage world?
“I’m probably not the person to ask about whether or not it can be a leader, but it’s a product that I’m proud of – we worked very hard to dial it in and I think it provides a great alternative for people who aren’t drinking.”

Not only does Hop Pop mirror the familiar flavour of a sessionable micro-IPA that you might find at Great Lakes Brewery, but the fact that is has zero calories, zero alcohol, and 3 types of hops (which have been thought to contain natural health benefits) makes it the perfect go-to alcohol-free drink for any time of day, or any month throughout the year. We here at GLB basically live on the stuff.

Cole, our Beer Scientist, talks about the flavour profile of Hop Pop and how each ingredient we use makes it the most refreshing Alcohol-Free Beverage out there (in our opinion, anyway.) 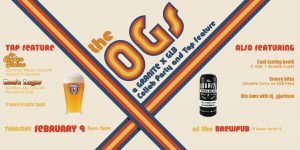 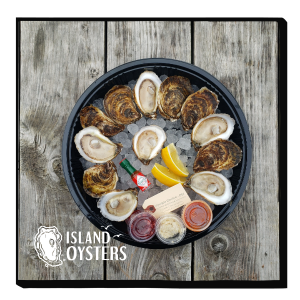 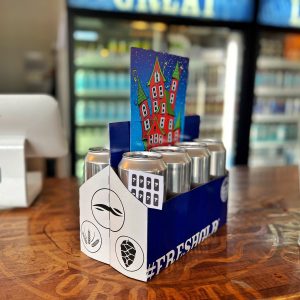