If it seems like it’s been years… well, it has!
You’ve been a patient bunch. Of all the beers that we’ve created and released post 2012 Audrey Hopburn is the one beer that gets the most messages regarding its future. Notes like, “when’s it coming back,” and “why haven’t you brewed this,” and “quit messing around and just give it to us again.”
When we sat down at the end of 2016 to try mapping out what beers we’d like to produce during our 30th anniversary (this year), it was an easy decision to slot a brew day of Audrey Hopburn into the production schedule. And besides, Troy and Jaime might have quit if we didn’t.
Which brings us to today. It gives us great pleasure to share the news with you that Audrey Hopburn Belgian IPA is back! She’s currently chilling in the brewery retail store alongside her pals Gordie Levesque, Sir Fuggled Doublebottom, Roland Baggetts, and someone’s hand that’s holding a flower.
Since we shared the news on our social media accounts last week, we’ve received a number of questions about the release that we thought we’d answer here. So, without further ado, and with a glass of Audrey in hand, here are your answers.
YOU: How many bottles of Audrey Hopburn did you produce for your 30th anniversary?
GLB: We did a nice round amount of approximately 5000 65oml bottles. Each bottle is beautifully screened (no sticker labels, but inked) and features our 30th anniversary logo to help distinguish the year of release.
YOU: It’s been two years since GLB brewed Audrey. Why didn’t you release any last year?
GLB: It’s always a tough job determining which Tank Ten series of beers that we’ll bring back in any given year. It’s been many years since Etobichoker, Sweet Pete’s Peach Wheat, Citraddiction, etc… and while we’d love to have them all back all the time it’s not always possible due to a number of factors. It could be hops, availability of yeast, tank space (more Canuck in more tanks), release of a new GLB beer and many more. That being said, it’s great having Audrey back with us.
YOU: Will GLB be shipping any bottles out to the LCBO and/or Grocery Stores?
GLB: Unfortunately it’s not in the cards this year. We decided to package the 5000 bottles and release them here at the brewery retail store. Many bars and restaurants are also stocking bottles in their establishments.
YOU: Why not LCBO?
GLB: Well, because we wanted to roll out all the Karma Citra IPA cans that we could. We also like having different stuff available at the retail store than you can’t obtain at the LCBO from time to time. And besides, we love seeing customers face to face.
YOU: Why bottles? GLB usually releases IPAs in cans. What’s up?
GLB: Just over a year ago we invested in a brand spanking new bottling line. It’s pretty. It’s very efficient. When it runs, it purrs. It feels good to use it from time to time. We also think that a beer like Audrey is best shared with friends and loved ones… but of course you can drink it yourself too. It’s an elegant Belgian IPA and it deserves a nice bottle presentation.
YOU: What is the price point?
GLB: Check this – a 650ml bottle of Audrey, at 6.2% and packed with beautiful hops, only retails for $5.95!
YOU: What food would GLB pair with Audrey?
GLB: Mussels (both for cooking and for drinking. A splash in the pot, a splash in your mouth), fish tacos with some sweet and spicy salsa (everything with fish tacos), Belgian Frites with mayo.
YOU: Can you provide some tasting notes so we can cheat on Untappd, RateBeer (boo, Ratebeer)?
GLB: Sure thing. Means we get to do research at 9am. This unfiltered Belgian IPA pours a hazy golden orange that produces a tight white head – really attractive, much like the actress herself. That signature Belgian yeast strain is evident from the first sniff, producing the spiciness one would expect in a Belgian beer. It’s complemented by grassy, piney hops that co-mingle with citrus (pineapple and lemon) that lead to a dry finish with a pleasant lingering bitterness. At 6.2%, it’s refreshing. Thirst quenching. Packed with flavour. A great example of a Belgian IPA that showcases the best of both styles.
YOU: Is it cool to age bottles of Audrey Hopburn because it features Belgian yeast?
GLB: Please don’t. If you haven’t heard by now (and really, if you haven’t we’re reviewing the job of our marketing department) GLB prides itself of getting the freshest beers out to market. Hops have a shelf life and we’d strongly encourage you to consume all the Audrey nice and fresh to experience the beer at its finest.
YOU: Where can you find more information about Audrey Hopburn?
GLB: A couple pages over on our page of course. And here are the links to ratings/reviews on Untappd and RateBeer.
ABV: 6.2%
IBUs: 58
Style: Belgian IPA
Serving Temp: 3-5
Glassware: GLB Revival IPA Glass
Twitter Hash Tag:  #AudreyHopburn 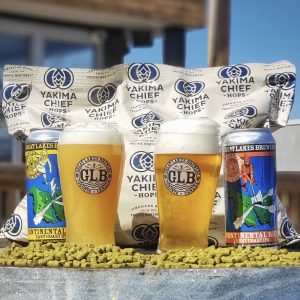 CONTINENTAL RIFT – EAST vs WEST in CRYO POP™ SHOW DOWN 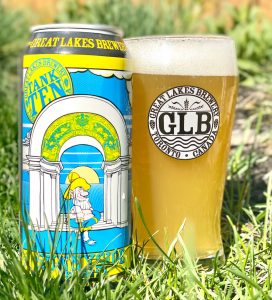 Roland’s Back with Sunnyside Session IPA

May 2, 2021
Published May 2, 2021 Supporting local never tasted so good We are pleased to announce the details...
Read More 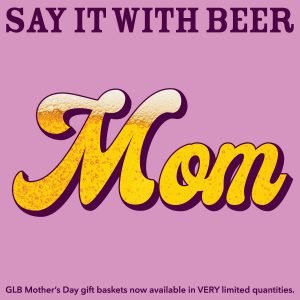