It’s the beer that runs through the bloodstream of many a Great Lakes Brewery (GLB) staff. A beer that is available in LCBOs and grocery stores across Ontario – our flagship brand. It’s a beer that Ontario drinkers appreciate for its drinkability, its affordability and its consistency.

Gordie Levesque, the Canadian Lumberjack that graces the can, has become a familiar face in the homes of Ontario residents and because of this, we get more correspondence for Canuck Pale Ale than any other of our beers. And we love it.

So, in true GLB fashion, we interviewed ourselves (we are professionals after all). Wearing our best suspenders and armed with an old-fashioned recorder, we took some of the most frequently asked questions to Mike Lackey, Brewing Operations Manager, and creator of the Canuck recipe. Here are his answers.

GLB – Is Canuck hazier now than it ever has been before? If so, why?

LACKEY – Yes. A lot of people have asked us if we’ve ever changed the recipe to make it hazier to keep up with trends, but that isn’t the case. Rather, in past (say the first 6 or 7 years of Canuck’s existence) we would go to great lengths to filter the beer to achieve the level of clarity that the market demanded. But the fact was, we always preferred our Canuck before filtration – and not surprisingly – hazier. So, when pale ales trended towards ‘hazier’ as the new normal, the decision was easy for us – skip an unnecessary step and make our beloved Canuck even better. Or, the way we enjoyed it in the brewery.

GLB – So speaking about recipe, how has it changed, or evolved, over the years?

LACKEY – The base recipe hasn’t changed too much over the years. It’s a pretty simple malt bill and we’ve always used California Ale yeast. We’ve always aimed to emulate the great, classic American Pale Ales so we think staying true to the malt and the yeast is important.

GLB – You didn’t mention hops. Have the hops changed that dramatically since first created 10 years ago in 2010?

LACKEY – This is one thing we have tinkered with actually. The original 50-litre pilot system brew, way back in 2009 (cleverly called “My Parents Went to the West Coast and All They Brought Me Back Was This Lousy Pale Ale”), featured a lot of Cascade. However, by 2010, new hops were coming through the brewery all the time and we were eager to add Simcoe to the recipe. When we dropped “Crazy” from the name we thought it a good time to tweak the hop bill further and we added some Citra. Since then, the recipe had remained unchanged.

GLB – Consumer palates have changed/altered throughout the years as more and more breweries produce a wide array of beer styles. As a brewer, why do you think Canuck remains our number one selling brand (throughout all channels)?

LACKEY – Well, I’d like to think that has to do with the original concept of the recipe. Canuck is designed to be simple yet flavourful. Approachable yet interesting. And above all else, as an everyday drinker, it makes your decision easy when determining which beer to drink – “I’ll have a Canuck” – the brewers do it all the time.

GLB – Yeah, it’s in the bloodstream. Take a trip back in time – tell us how the staff here at the brewery came up with the name.

LACKEY – After it was determined that “My Parents Went to the West Coast and All They Brought Me Back Was This Lousy Pale Ale” may be too much of a mouthful, our crack marketing team hunkered down to come up with something better. We felt like the beer was on the cutting edge for the style in Ontario back in 2009/2010 and we wanted to come up with a name that reflected that it was an American style but uniquely Canadian. A bunch of ideas were tossed around and then David Bieman mentioned the Crazy Canucks from alpine skiing fame. Funnily enough, he immediately backtracked and thought the name was too obvious, but the name stuck.

GLB – What is your #GordieMoment?

LACKEY – Years ago, myself and a bunch of GLB staff headed to Vermont for a beer trip. One day we hiked the to the iconic Stowe Pinnacle (which, I promise, is made more difficult after a night of drinking cans of Heady Topper), where we enjoyed a great view of the state of Vermont and beyond. Our team smartly brought some fresh cans of Canuck for the trip and we cracked a bunch on the top of the mountain. That’s my #gordiemoment 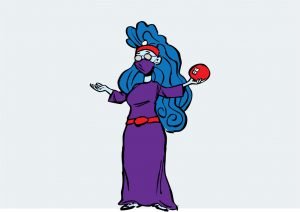 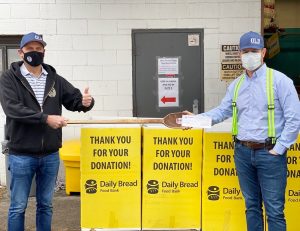 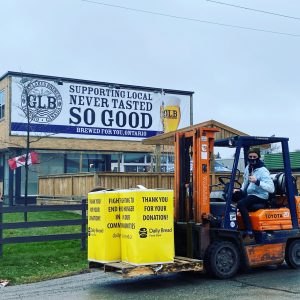 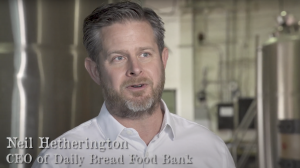