Toronto, ON (January 13, 2017) – It’s official. Two of Canada’s national pastimes have collided just in time for the year-long 30th anniversary celebrations at Great Lakes Brewery (GLB).
GLB and Toronto Rock are pleased to announce that they have entered into a sponsorship agreement for the 2017 National Lacrosse League (NLL) season. The sponsorship will see GLB as the official beer partner of the Toronto Rock and Canuck Pale Ale as the official beer of the six time NLL championship team.
“We are extremely excited to work with the Toronto Rock and support Toronto’s championship team,” said Peter Bulut, Owner and Chief Brewing Officer at GLB. “With lacrosse being Canada’s national sport, and our Canuck Pale Ale emulating Canada’s blossoming craft brewing industry, this is a great fit for our independent company.”
To celebrate each Toronto Rock home game, tallboy cans of Canuck Pale Ale, a multi-award winning west coast style pale ale, will be available at Jack Astor’s Bar and Grill (St. Lawrence Market) for the official post-game party.
About Great Lakes Brewery
2013 & 2014 Canadian Brewery of the Year – 2014, 2015, 2016 Ontario Brewery of the Year
A fiercely independent owned and operated brewery, Great Lakes Brewery (GLB) is celebrating 30 years in the craft beer business, making them one of the oldest craft breweries in Ontario. GLB specializes in producing flavourful beers that will be sure to awaken your taste buds with each sip. From unique seasonal ales and premium lagers to our Project X and Tank Ten Series beers, we produce a variety of products to be enjoyed by everyone! Based in Toronto at 30 Queen Elizabeth Blvd. we invite you to visit our brewery for a taste of our award winning beers. To learn more about Great Lakes, visit www.greatlakesbeer.com
About Toronto Rock
The Toronto Rock are a member of the nine-team National Lacrosse League and have won six NLL Championships. Those six championships tie the Rock for the most championships in league history and the franchise has accomplished that feat in just 18 seasons. The team plays their home games at Air Canada Centre in front of an average of 10,000 fans per game from January to May. The Toronto Rock Athletic Centre in Oakville is the hub of Toronto Rock business operations and is also the practice and training facility for the club. Season tickets are currently available for the 2017 Toronto Rock season. To learn more about Toronto Rock tickets, visit www.torontorock.com or call 416-596-3075 to speak with a ticket representative. 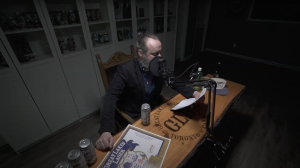 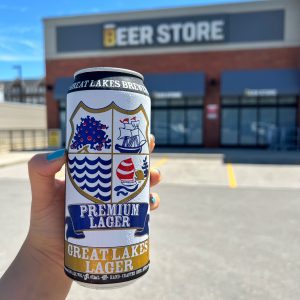