We recently caught up with Mike Lackey (Brewing Operations Manager) and Matt Bod (Distiller and Brewer) over a couple cans of Hanlan’s Point Coconut Coffee Porter, a velvety smooth coffee-coconut forward treat that we packaged yesterday.

The fellas were sampling the cans right off the canning line, and we tried to get a word in, but they just kept sticking their noses into the beer (not literally, they’re pros after all) and shaking their heads with pleasure, oblivious to the fact other staff were present.

They then went on and on, telling stories about the days, years ago, when they conceived the crazy idea to make this beer. To don oven mitts to roast coconut in the brewery. To dump in tons of coffee. To create a truly unique offering that would make for a great cold-weather beer.

As they were about to pour some more beer into their glasses, we threw some questions at them for your amusement. It took some wrangling, and some yelling, but here you go.

GLB: We dig the seldom told story about this history of this beer. As we take another sip, please share it for the terrific GLB supporters.
BOD: We first brewed this way back in 2014, the days of infinite collabs. We had been playing around with the very good idea of making a black IPA with coconut (2014!) but decided pretty quickly that a porter would a) taste better and b) be a lot easier to incorporate coconut into and c) just generally make a lot more sense to everyone involved. I remember toasting baking sheet after baking sheet of Bulk Barn coconut in the tiny little oven in the sweltering lab on one of the hottest days of summer, then carefully putting the piping hot coconut into multiple corny kegs for secondary fermentation.

GLB: When it was first created here at GLB in 2014 you roasted the coconut in a small oven for a few hundred litres – did you ever see the day that we’d be scaling up the way we have? To be canning approximately 40,000 cans for an Ontario-wide LCBO release?
BOD: I absolutely didn’t, but maybe I should have guessed after we did a smaller LCBO run a couple years ago that required us to borrow the Pie Commission’s kitchen at 6am on a Sunday morning so that six of us (including Peter!) could frantically toast several hundred kilograms of coconut before immediately driving it down the street to the brewery to get it into a fermenter.

GLB: There is a lot of coffee on the nose and in the body. Can you shed some light on it. How much did you use per litre and where did it come from?
LACKEY: We add 7kg per Hectolitre of freshly ground coffee 24 hours before packaging. We chose Monument from Pilot Coffee, who always treat us great.

GLB: Our crack marketing team was too busy playing catch-up with new labels for upcoming beers. Can you throw down some tasting notes for the folks at home?
BOD: Hanlan’s Point pours jet black with a thick, persistent mocha head. The nose immediately grabs your attention, balanced somewhere between a fresh-baked macaroon and an Americano from your local coffee shop. On the palate there’s enough body to carry both adjuncts, with a hint of marshmallow-like sweetness and just the right amount of bitterness to balance it out. The toasted coconut and Pilot coffee are the stars of the show, but underneath there are notes of bakers chocolate and dark fruit that add depth and complexity to this multidimensional porter. Delicate but consistent lacing is left clinging to the side of the glass as it empties, with a drinkability that belies the 6.5% ABV.

GLB: Hey! Lackey! Focus… What was your reaction when you saw the bill for the coconut? How much did we use and should we be telling our accounting team about the price per can?
LACKEY: We add 1.7kg per hectolitre. That’s a lot and the cellaring team that have to add it and clean it up after has a hella of a job. As for the cost of getting pre toasted coconut…I guess that’s why we toiled away, so hard, in previous years toasting it ourselves?

GLB: Gordie seems comfortable on his vacation. Can you provide the optimal setting for enjoying a can, or four, of this velvety treat?
BOD: My choice is either Northern Ontario ice fishing shack or abandoned curling rink.

GLB: Are either of you interested in recreating the image on the front of the can for our social media channels? Box of coconut sprinkled timbits in it for ya.
BOD: Lackey and I decline for the stated reason of not wanting to make Gordie look bad.

LACKEY: Yes, NOBODY wants to see that.

GLB: Where will customers be able to find this elixir?
LACKEY: Why are you asking us? You know the answer already. We have work to do. Bye.

GLB: Ok. Bye. So, GLB. Where will customers be able to find cans of Hanlan’s Point Coconut Coffee Porter?
GLB: Great question. Thanks for asking. Cans will start rolling out to LCBO stores across Ontario as early as Friday November 5th. More locally, cans will hit the GLB online shop tonight (Thursday Nov 4) for Friday home delivery and/or brewery pick-up.

GLB: How much will a can cost?
GLB: Well, it should be over $7, now that we processed the bill for the ingredients, but we’re selling it at $4.

NOW, let’s tackle some customer questions that came in from Instagram.

What coffee was used?
The brewery selected Monument from Pilot Coffee.

Is this beer nitrogenized?
Negative.

Where is Winter Ale? Is this replacing it at the LCBO?
Whoa. Didn’t expect this question to come up. Yes, Hanlan’s Point is replacing our long-time seasonal, Winter Ale. We will not be offering bottles this season and Winter Ale will not be making its way to the LCBO. 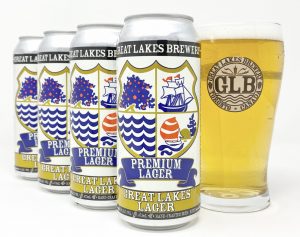 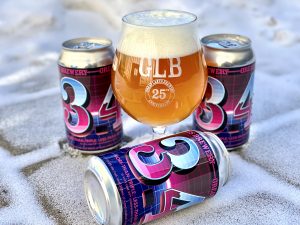 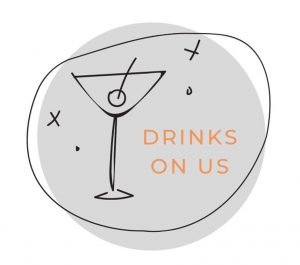 Drinks On Us – Talking Brewpub 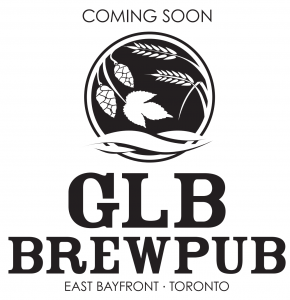