V is for Vienna Lager. Remember that now.

Some great news to share with you all – due to popular demand, we’ve made the decision to add Vienna Lager to our year-round line-up of GLB beers!

With that news, the time has come to say farewell to Red Leaf Lager. Just like the announcement back in February regarding Blonde Lager, Red Leaf has run its course. We’re moving on… as soon as the inventory on hand disappears out the door.

First introduced in 1996, Red Leaf Lager played a key role in the growth of Great Lakes in the early days of craft brewing. Going toe-to-toe with big brands like Rickards Red, Red Leaf filled a need for a full flavoured, clean and crisp Amber Lager that offered itself as a perfect ‘craft’ gateway beer.

There are a lot of Ontario beer drinkers out there that Red Leaf won over throughout the late 90’s and early 2000’s as craft breweries will slowly starting to get a foot in the door. It made appearances in the LCBO from time to time, but was mainly a draught and retail store offering.

The artwork has been through many iterations over the years (see below), but the liquid inside always remained the same.

So, let’s get back to Vienna Lager.

From the very first time we released this beer back in late 2019, we knew in our hearts that there was something special about it, so we continued, over the years, to refine each batch we produced. Here we are today.

Tasting Notes:
Pouring an amber-reddish with brilliant clarity and a tannish cap, this Vienna Lager features clean aromas of lightly toasted malts (nuttiness, toast) and subtle wood characters (dried leaf). Naturally carbonated (via spunding), the medium-light bodied beer features the right touch of roasted malts (nut, tea) alongside a gentle hop presence of a spicy noble variety. The creamy mouthfeel finishes dry, yet crisp, and is a great example of the style made here in Etobicoke.

Write-Up:
By the mid 1800s, Vienna had become an important brewing centre. At a time when lagers were becoming popular in German-speaking Europe, a new style was created in the ‘City of Music’ that made use of a lightly kilned malt. The result was an amber lager with a delicately sweet and bready profile. Here in Etobicoke, we’re cocky enough to think that we’re capable of reproducing the almost 200-year-old style. This copper-coloured Vienna Lager is gently sweet with a subtle richness designed to refresh. 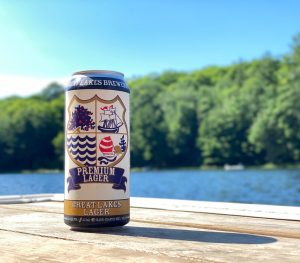 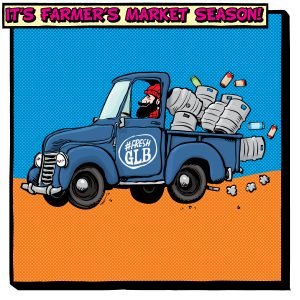 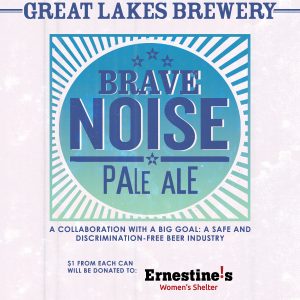